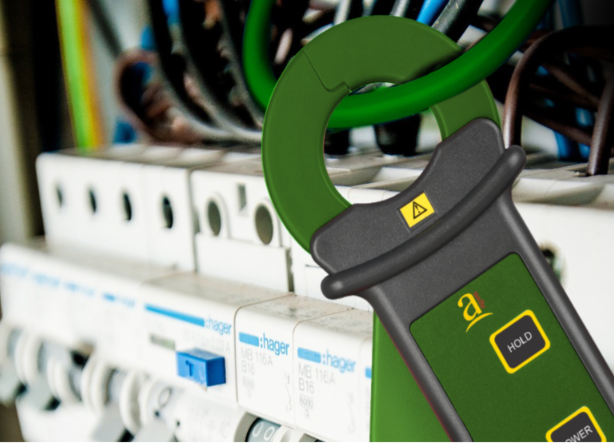 Industries, commercial complexes and even residential complexes, come across events during which the sensitive devices or equipments fail. Also, protective devices like residual circuit breakers or residual current detectors face frequent nuisance tripping. A major cause behind such mishaps is the leakage current in circuits. Leakage currents with a magnitude of as low as mA is dangerous for any equipment or human body in contact with the equipment through which leakage current is flowing.

Defining leakage currents “Leakage current is the flow of AC or DC current in an equipment enclosure or ground, if the equipment is not properly grounded current may flow through other parts such as the human body when in contact.”

Electric currents generally flow through an intended path through a closed circuit. It is the property of the insulation on a wire or cable that helps the current to flow in confined paths, but there are certain events during which a small amount of current flows outside the confined path, i.e. instead of flowing from phase (P) to neutral (N) in a single phase circuit, it leaks through the insulator, flowing through unintentional paths. There are different causes of leakage currents, a common cause can be poor or punctured insulation material over wires or cables. Other possible reasons for the presence of leakage currents is due inefficient, intentional or unintentional deviations in grounding practices.

Abnormal behaviour of sensitive loads and nuisance tripping of protection devices inside distribution boards was a frequent issue faced. The reason behind these abnormalities was difficult to identify as the regular test and maintenance activities came up with zero defects or deviations and occurrence of system faults on the system was also minimum. It was necessary to use the right measurement practices and tools to identify the main reasons leading to misoperation or malfunction of devices.

During the maintenance schedules, current and voltage was measured at different points in the system. Such activities included measurement and logging of parameters so that logged data can be viewed later for analysis of the main cause of the problem. Tools like testers, multimeters and clamp meters were used. But the cause of problems was still untraceable, a different tool for measurement was then used to measure and locate low current in the range of micro to milli amperes. The tool used was an AC leakage clamp meter, capable of measuring 1µA to 66A AC currents with better accuracy.  Smart Leakage Clamp Meter ALCT  66A was used to measure leakage current in the main distribution panels and sub-distribution systems. It was able to identify currents flowing through unintentional paths which led to the occurrence of nuisance tripping of protection devices like RCDs.

As defined earlier, leakage current is the current which follows an unintentional path and flows through  insulation of wires and cables or equipment enclosures. Hence the conventional method of measuring current using clamp meters fail to give values of leakage currents. While measuring leakage current it is necessary to use a highly accurate and better resolution meter so as to infer correct readings as these currents are very low.

When we measure current through a conductor, clamp is placed over a single conductor. But while measuring leakage current both phase and neutral conductor (P & N) should be allowed to pass through the clamp at the same time, as shown in figure. This is to ensure that the same amount of current has passed from Phase and returned back through Neutral with zero leakages.

Measuring current through a ground conductor can also help indicate the amount of leakage current in the system.

In the below case the cause of leakage current in the system was not due to the insulation failure or deterioration, rather it was due to formation of capacitance between conductors which led to flow of capacitive current (leakage current) to flow through the virtual capacitance formed as well as due to  the capacitors present in the system as in the filters for rectification purposes.

The measurement of current using the leakage current detection method made it easier to identify the actual cause of problems in the system.